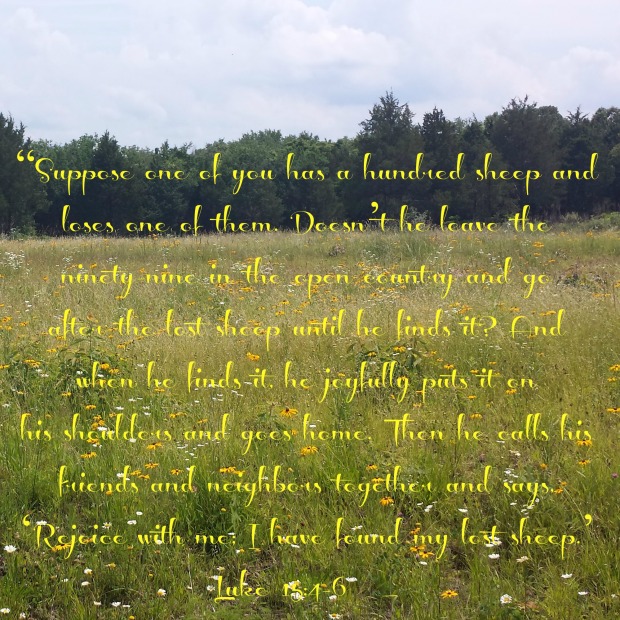 It all came caving in…

The tough exterior that she kept so well in place had cracked and before she realized what was happening she found herself broken and in a heap of anguish and tears. In one a moment of weakness she had allowed something that she thought she’d put behind her a long time ago to rear its ugly head and sneak back into her life once again.  That moment had now turned to weeks and suddenly it had all come to a head, she was a mess and the accuser was standing there taking full advantage of the situation and throwing lies at her.

How could she have allowed this to happen again?  She felt as if she had slide backwards years in only a matter of weeks and she felt numb, heartbroken and upset with herself.  She felt like such a failure and nothing as she knew it felt the same anymore.

As she set there trying to make sense of it all it suddenly occurred to her that she wasn’t alone anymore… She felt a presence…a presence of love and she could tell he was feeling her sadness along with her…She realized Jesus had joined her and he was calling out to her, telling her that everything was going to be okay. His voice was kind and loving, and began to drown out the voice of her accuser. He told her nothing was too big for him and that even when she was at her weakest he is still stronger than anything she could possibly encounter.  He told her that if she were to come to Him and lay her burden on His shoulders that He could take it all away.

So she did…She laid it all down.  She poured out her heart and she told him everything that was on her mind and no matter what she said he stayed right with her and he listened to every word.  And once it was all said and done he let her know that nothing had changed and that he still loved her just as much that day as he always had.

As I sit here typing these words on my blog, words copied from my journal, I still feel the power of God’s love in that moment as if it had happened today.  I am sure you guessed by now that the lady in that story was me. It still blows me away to know that no matter what kind of messes I have managed to get myself into in my life, God still thought that I was worth loving and worth saving.  A few Sunday’s ago my pastor talked in his sermon about how the shepherd will go after one lost sheep…

Luke 15:4-6  _ “Suppose one of you has a hundred sheep and loses one of them. Doesn’t he leave the ninety-nine in the open country and go after the lost sheep until he finds it? And when he finds it, he joyfully puts it on his shoulders and goes home. Then he calls his friends and neighbors together and says, ‘Rejoice with me; I have found my lost sheep.’

As he was speaking I realized that there were many times in my life that I was that lost sheep and Jesus did not allow me to stay lost.  It’s sometimes hard to believe that he didn’t get angry at me and just let me stay lost … He could have, but he didn’t … Instead He came and he found me because he felt I was worth saving…. I could never have the right words to explain how that makes me feel…. Humbled… thankful… tears of joy…_____…_____.

There is someone who is ready and willing to come in and rescue you right in the middle of whatever you are in. Whether it’s a something of your own doing or maybe you are just caught up in the something’s of life in general.

We all have a something and my something may not look like your something, but what I do know from my own experience with Jesus is that he will and he can help you!  It doesn’t matter what your something is, nothing is too big for him and you are worth so very very much to him! I promise you if you trust him and give it to him he can take it, every single bit of it, no strings attached; and what you will receive is a full out, all-encompassing love, like nothing you can ever imagine.

This song below is written about a woman the Pharisees brought to Jesus who was caught in adultery (read John 8).

She was made to stand in front of the crowd, she was being shamed and scorned, about to be stoned, but Jesus told her accusers, “whoever of you is without sin cast the first stone.”  One by one her accusers began leaving until they were all gone.  In the end only the woman and Jesus were left standing. He then asked her   Woman, where are they? Has no one condemned you?”  She answered, “no one” and then Jesus told her that he did not condemn her either.

I have read the passage before and often wondered, what was going through her head when Jesus stood up for her? What did she think at that moment, did she feel disbelief at what had just happened, shocked or amazed?? How loved she must have felt to know that she was good enough for Jesus…wow. He was the greatest of the greatest, the best of the best, sent by the father of all the world and now he was here to save her, she was worth so much, she was loved and now she was free!

Guess what?  We all can be free, we all can have those chains that bind us broken and removed.  God’s grace and love is here right now for every single one of us to have… All we have to do is give our ‘somethings’ to Jesus, ask him to help with what ever it is.  Whatever it is he can take it. He can take our burdens, away, he can heal where healing is needed and if it is a sin problem then he can take that too.  All you have to do is call on him. Tell him what your something is, ask for his help, ask for forgiveness if that is what is needed, then release it to him and move forward following his lead. He really truly cares about you and he loves you because you are worth so very much!

Have a blessed evening,

13 thoughts on “My Something is not Like Your Something”