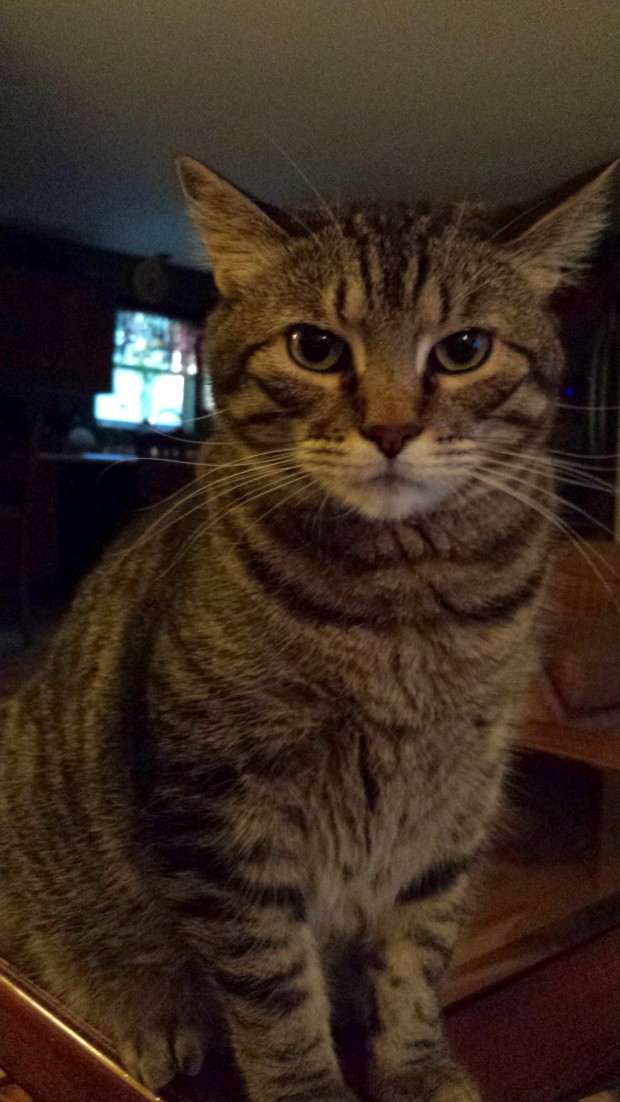 He has an appointment with the veterinarian at 3:00 but until then the doctor has asked me to keep him confined to his pet carrier. He told me that they will be running some tests on him and needs a full bladder. He said confining him to the pet carrier will make that happen though I don’t see how because instead of drinking his water he keeps dumping it all over himself and though I have dried him off several times he is still a soaking wet mess.

I feel so bad for him because he is just sitting in his pet carrier looking sad and frightened and I can tell he is also very angry at me. Every once in a while he will let out a sad howling meow to let me know he is not happy with this situation one bit.

I can imagine that right now to him the situation he is in seems very scary and he can not see that his confinement is really for his own good.  What he also does not know is that things are going to get a whole lot worse before they begin to get better.

Things Mr. KB does not know yet-

Even though all of this will be for his own good he will not understand at all and I am positive this whole ordeal is going to be very very scary for him.

Hopefully a few days from now when he is feeling much better he will know that everything that happened today was worth all this scary stuff and he will be over being angry at me.

Watching Mr KB’s behavior today has got me to thinking about how his situation is exactly how my situation is at times.  I have been dealing with a lot of health issues, I have a friend who is very sick and a few other friends and family members going through some pretty tough things right now.  Some of this stuff has been going on for quite some time (4 years) and at times I have questioned God as to why it all keeps happening and I also have wondered if this stuff will end anytime soon and I will also admit that a few times I have also been angry.

Though Mr. KB is feeling sick and scared right now the truth is that he is actually in very good hands.  He may have to go through a few things that he doesn’t like and what seems like a really bad situation to him right now is actually going to be over soon.  All of this is what is needed for him to get well.

Just like Mr. KB we all find ourselves in situations that we don’t like sometimes.  During those times things may seem scary and out of control, but we have to trust that God IS in control, He does have a plan and it’s always a good plan and in the end it will all work out for the best. Unfortunately sometimes we may have to go through some pretty hard stuff before we see what the final outcome of that plan is.

No matter how tough things get we have to hold on to God and trust him through it all. Remembering God always knows what’s best for us, His plan is always a good plan and no matter what happens God is still good and He loves us.

9 thoughts on “Mr. KB Wishes He Knew the Plan”